MIT Researcher Geoffrey Forden: US Missile Shield in Bulgaria Will Have Little Impact on Russia's Defense 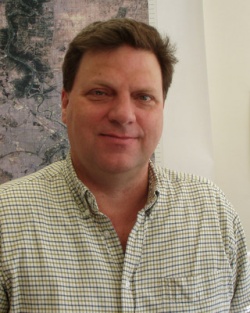 Interivew of Novinite.com (Sofia News Agency) with Geoffrey Forden, a research associate at the Science, Technology and Global Security Working Group at the Massachusetts Institute of Technology.

Dr. Forden has been at MIT since 2000 where his research includes the analysis of Russian and Chinese space systems as well as trying to understand how proliferators acquire the know-how and industrial infrastructure to produce weapons of mass destruction.

In 2002-2003, Dr. Forden spent a year on leave from MIT serving as the first Chief of Multidiscipline Analysis Section for UNMOVIC, the UN agency responsible for verifying and monitoring the dismantlement of Iraq's weapons of mass destruction.

Prior to joining MIT, he was a strategic weapons analyst in the National Security Division of the Congressional Budget Office after having worked at a number of international particle accelerator centers.

How would you evaluate the likely outcome of the US-Russian talks on the new START Treaty? What have been the major issues in this negotiation process so that it is taking so long to complete?

I think there will be a START treaty because both sides want one. It’s not clear if it would include major reductions in forces or not. The US cannot seem to reach a common understanding between its internal stakeholders, between the White House and the Pentagon, for instance, on what it wants.

The differences between Russia and the US (as opposed to the US administration and the Republican Senators) mainly focus on what to count and how to count them.

For instance, the US does not want to count sea-based cruise missiles (which it has a lot of) as nuclear capable while it wants to count Russian road-mobile ICBMs; a position Russia considers unfair.

Also, the US wants to count warheads while Russia would rather count missiles. This seems to be because Russia thinks it is more cost effective at this point to MIRV its missiles while the US wants to move away from MIRVed missiles. (MIRV - multiple independently targetable reentry vehicle – editor’s note)

What is the current condition of the nuclear deterrence of the US vs. Russia and the US vs. China? Does America have the capacity to destroy the nuclear forces of the potential enemies before they can retaliate?

There have been some important studies by respected analysts that seem to show that the US could eliminate all of Russia’s nuclear forces in a first strike. I tend to agree with those but I certainly wouldn’t count on it for a real world situation.

If the US can eliminate Russia’s nuclear forces in a first strike, it can certainly eliminate China’s.

How does the new plan for a US missile defense in Europe of the Obama Administration compare to the previous missile shield plan put forth by the Bush Administration? What are the benefits of the new project?

The Obama plan for missile defense in Europe seems to concentrate on short range missile defense that will have inherent limitations while the Bush plan was laying the groundwork for a long range shield that could be easily expanded and upgraded.

Its not clear how well the Obama plan will keep up with the Iranian missile development program, which is progressing in leaps and bounds.

What effect is the new US missile defense in Europe – consisting of sea-based elements or elements based in Romania and/or Bulgaria – going to have on Russia’s security and power capabilities? Is there any evidence with regard to its technical parameters that it is directed solely against Iran? Is it going to make the US allies in Europe more or less secure? Is the missile defense going to work at all? Is there any reason for Russia to be concerned?

The missile defense elements slated for Europe, that I am aware of, are geared towards a relatively short-range attack, such as from Iran toward Europe.

As it stands, it shouldn’t have much of an effect on Russian deterrence vis-a-vi the US mainland. While it will be capable—in theory—defending Europe against short-range Russian missiles, most of those are outlawed by the Intermediate Nuclear Forces treaty, Russia could easily provide countermeasures against the system or even just use longer range missiles.

In all likelihood, Iran too could use countermeasures to evade even the Obama defense system.

Bulgaria is a NATO member located on the Balkan Peninsula bordering the Black Sea, rather close to Russia and the Middle East. Four Bulgarian military bases are used by American forces, and there is currently talk of hosting elements of the US missile shield on Bulgarian soil. Bulgaria has been a US ally in the international coalition/ “coalition of the willing” in Iraq and Afghanistan. In general, how important an ally is a minor country such as Bulgaria for the US? Can Bulgaria rely on the US to guarantee its national security? Should it feel more or less secure if it hosts elements of the US missile shield on its territory?

Bulgaria, while a small country compared to many of the allies of the US, is important to the US for a number of reasons.

Historically, we shared your anguish during the years of communist domination. Your transition to a democracy is important to the US because it is what we struggled for throughout the Cold War and Bulgaria can count on US security guarantees from invasion or other threats that can be responded to in a conventional manner.

If Russia did attack American bases in Bulgaria, it would be part of a general nuclear war and, in that case, security guarantees would be rather meaningless.

I doubt that Iran would attack missile defense bases in Bulgaria and, if they did, Bulgaria could certainly count on US guarantees, guarantees that should deter Iran from attacking.

If there is clear evidence that Iran is well on the way of acquiring nuclear weapons, how likely is it that Israel or the US will launch air strikes on Iranian nuclear facilities? How damaging could such strikes be to the Iranian nuclear program?

I have no way of evaluating the likelihood of such an attack. However, if such attacks were launched, they would not permanently stop Iran from getting nuclear weapons. At most it might delay them a few years.

It would, however, fully unite the Iranian population behind the Ahmadinejad government and getting a nuclear bomb. Both of which are far from the case today.

Iran can be deterred from using nuclear weapons even if it gets them. Unfortunately, deterrence might not always be applicable.

The more nations that have nuclear weapons, the greater the chances are that there will be an accidental nuclear detonation; probably from mishandling of weapons in periods of crisis. And the Iranians getting the bomb would greatly encourage other states such as Turkey and Saudi Arabia getting the bomb.

The US has experienced many accidents that only resulted in contamination of a small area because the US can design weapons that can be burned or slammed into the ground at high speeds without causing a nuclear detonation.

Other countries will not have had the testing experience the US has and probably cannot design bombs that can withstand the accidents that are bound to eventually occur.

When that happens, it is likely that a nuclear war would be triggered by people misunderstanding what has happened. This is a failure of deterrence and should be viewed seriously.