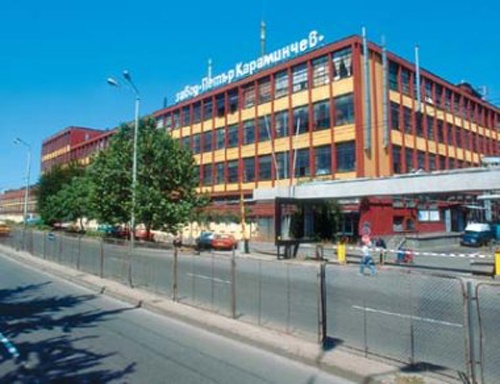 The 'Petar Karaminchev' plant, where a thief was killed by a concrete slab that fell on him. Photo by pkar.bg

A thief in the Bulgarian Danube town of Ruse was killed when a slab of concrete fell on him.

The 37-year-old, accompanied by another man, was attempting to pull out part of a high-voltage cable in the "Petar Karaminchev" manufacturing plant in Ruse, when the concrete block fell.

The Regional Directorate of the Interior Ministry in Ruse reported that they had received a 112 emergency call at 3:30 am on Saturday, from a man who identified himself as I.B. He said he had come across two people who were seriously injured by having had a tree fall on them.

When police rescue teams arrived at the location, a street in a wooded area of the town, they discovered the caller I.B. dead in his home. A second victim, a 19-year-old, living at the same address and identified only as I.N., was taken to hospital for emergency treatment to his severe leg injuries. The youth told police he did not remember anything about the incident.

The police made a search of the woodland where the accident had reportedly happened, but found nothing.

Almost two hours later, the officers discovered what had happened. The have established that the pair had gone to the "Petar Karaminchev" plant, and had tried to remove a length of cable from an abandoned trench.

In order to free the cable, the pair had dug underneath a concrete column. It gave way, and part of it fell on the men.

They had succeeded in calling the 20-year-old brother of I.N., who had driven them home by car, and then phoned the emergency number.

Investigation of the case continues.