Secretary of Agency for Bulgarians Abroad Remains behind Bars 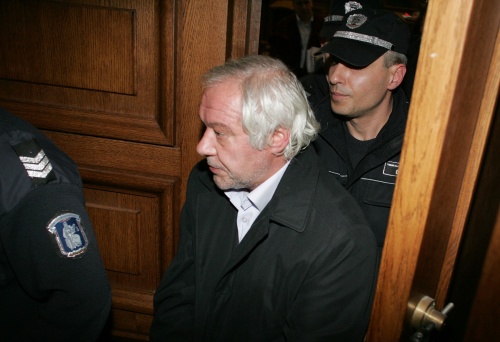 The General Secretary of the State Agency for Bulgarians Abroad, Stefan Nikolov, enters the courtroom Thursday over charges of abuse of power. Photo by BGNES

The Sofia City Court ruled Thursday to keep behind bars the General Secretary of the State Agency for Bulgarians Abroad, Stefan Nikolov.

The Prosecutor stated Nikolov had ordered his subordinates to accept applications for Bulgarian citizenship without the necessary documents and citizenship certificates have been granted illegally.

The defense council said they will appeal the rule, insisting their client is charged with violating the rules of the Agency, not laws, thus he cannot be criminally penalized, just dismissed.

Nikolov told the magistrates that when he had doubts regarding the paperwork, he submitted the documents for examination with the State Agency for National Security, DANS, adding before the media that he had been fighting for seven years to eliminate the middlemen in granting citizenship in order to reduce violations.

Nikolov was arrested on March 1 and charged with abuse of power.

On March 2, Sofia City Prosecutor, Nikolay Kokinov, said applicants for Bulgarian citizenship were paying four- and five-figure cash sums for fake supporting documents and Nikolov was arrested in connection with the scheme.