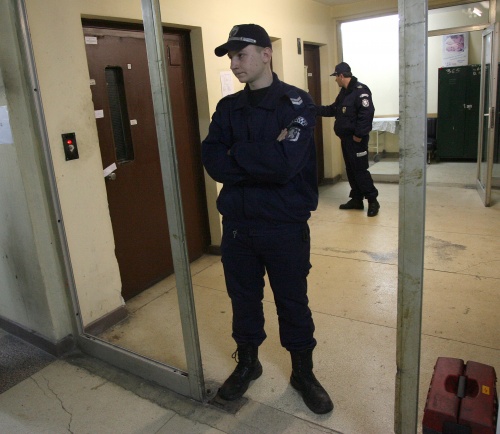 Policemen are guarding the elevator which could have threatened the lives of 9 pregnant women. Photo by BGNES

One of the pregnant women who was injured in an elevator incident in a Sofia hospital has given birth to a healthy baby girl, the Pirogov clinic announced.

A total of 12 people, including 9 pregnant women, were hurt in the “Mother House” (“Maichin Dom”) hospital in Sofia Tuesday, as an elevator collapsed.

Doctors have announced Wednesday morning that none of the other still unborn babies are in danger as all of the women are in their 8th or 9th month of pregnancy.