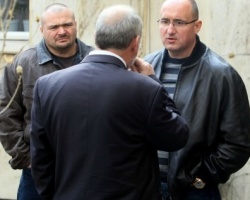 Bulgaria’s Interior Ministry has presented a list of top alleged bosses of Bulgarian organized crime groups who served in police structures in the 1980s and 1990s.

The inspection was carried out by the Information and Archives Directorate and Human Resources Directorate over recent media claims that some of the top gangsters were collaborators of the Interior Ministry.

It has been revealed that only two of the most famous mafia heads were collaborators of the police. Poli Pantev (murdered on Aruba in 2001) was an informer of the police in 1986-1992; Ivo Karamanski, aka the Godfather, (killed 1999) worked secretly for the police in 1985-1992.

Some of the other alleged organized crime who are currently alive have served as officers of the police at certain points in the past.

Mladen Mihalev, aka Madzho, as a wrestler, served in the Sports Department of the Interior Ministry in 1986-1989. So did Krasimir Marinov, aka the Big Marguin, who is currently charged with organized crime and plotting murders, but in the period 1986-1987.

The two notorious Galevi Brothers, known as businessmen from the southwestern town of Dupnitsa, have worked for the police and the unit for combating organized crime.

The police have no information of Nikolay Marinov, aka The Little Marguin, (currently wanted) and Konstantin Dimitrov, aka Kosyo Samokovetsa, (shot dead in Amsterdam in 2003) ever having been part of the Interior Ministry structures.