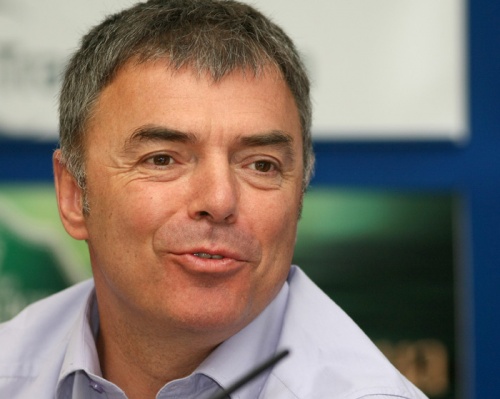 Bulgaria Education Minister Sergey Ignatov has described many universities as having 'abnormalities' that he expects will soon be revealed by prosecutors. Photo by BGNES

Although "abnormalities" within several universities had been referred to prosecutors months ago, there were no results yet, as the investigations were proving lengthy, according to the Bulgarian Education Minister.

Sergey Ignatov stated  that 10 or 12 universities were under inspection for a variety of reasons, including possible corruption. He had alerted prosecutors to these cases when he had taken up his present ministerial position in November 2009.

"There is accumulation of many complaints about universities over the years, and some cases will become known in the coming months," the Minister said.

According to him the most striking case is related to what is happening with Bulgarian students who, having studied abroad for several years, returned home and enrolled in Bulgarian universities.

"Because there are imperfections in the financing of universities, they themselves set the fees for these students. These fees are too high in medical universities, but their managements defend themselves with the fact that the cost of training is very expensive," he noted.

Ignatov cited an example: "Bulgarian students who have returned to their country are charged a EUR 3 000 fee, whereas the state fee in humanities is around EUR 300 - EUR 400. Bulgarian students returning from abroad and entering the medical university, might pay a lot more," he added.

He further claimed that some Bulgarian universities work with go-between companies that recruit students from the European Union. In his words, students had to pay the rate demanded by the state, but that they also had to pay the company a fee "that continues to be like it was under the old scheme where EU citizens did not pay as Bulgarian citizens".

"These cases, and others, have been reported to prosecutors because the problem is a critical one," the Education Minister said, adding that the real fault lay in lack of coordination of proper regulations, a situation he intended to tackle along with other changes in the proposed new Law on Higher Education.