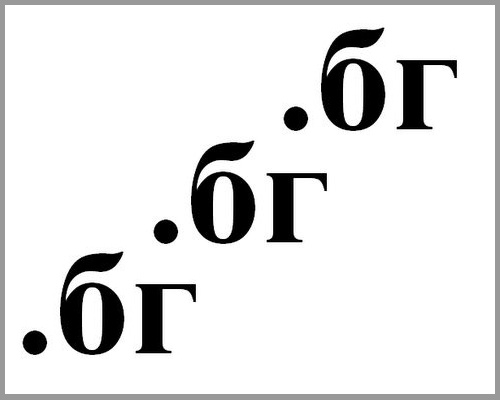 Bulgaria has submitted the domain suffix БГ (BG) to the international regulator, and expects to be the first country to officially adopt a Cyrillic domain. File phooto

Bulgaria's official Cyrillic domain name suffix is to be ".бг" (BG). An application for registration has been submitted to the world body that regulates domain names.

Parvan Rusinov, Deputy Minister of Transport, Communications and Information Technology (MTITC) has announced on Thursday that the application had been sent on February 19 to the Internet Corporation for Assigned Names and Numbers (ICANN). Rusinov said that he expected to receive a response some time in March.

The Deputy Minister commented that, as part of the submitted documention, a report by the Bulgarian Council on Standardization of Geographical Names supported the adoption of ".бг", as the characters are directly associated with the name of the country and with national identity.

"MTITC will act energetically to fit in applying for an accelerated procedure for the internet name in the native alphabet. We hope to be the first with an officially recognized domain in Cyrillic," said the Deputy Minister.

"We recognize the cultural peculiarities and the benefits for those who communicate primarily in Cyrillic," he added.

"This might encourage more Bulgarians to become active participants in the Internet and e-governance. In an expression of our desire to identify Bulgaria as a country-oriented towards information technologies, we are strictly complying with the requested action plan," he commented.

Rusinov explained that this was the first step in adopting the Cyrillic domain name.

"Once we receive a response from ICANN, we should then indicate the organization that will administer the register of the names in that domain," he explained.

MTITC has now published details of the selection procedure on its website. The administrator will be evaluated in five groups of criteria - administrative capacity; organizational training; technical training; financial stability; and assessment of development.

Applicants will be evaluated by a committee composed of officials from MTITC as well as independent experts who are able to declare a lack of conflict of interests. The administrator may be selected by May, according to the Ministry.

During his presentation, Parvan Rusinov said that MTITC would continue with its policy of social discussion and participation in the process of taking important decisions.

This was a reference to the poll carried out in December 2009 by MTITC, asking the public to submit their favored Cyrillic character combination. In January, the published results showed that one third of all responses supported the adoption of "бг".