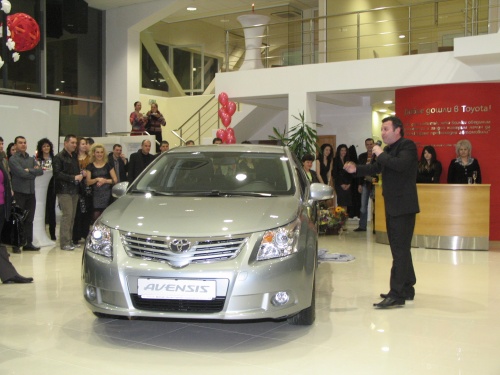 Toyot is to check up over 5 000 of its cars in Bulgaria. Photo by BGNES

Toyota is going to inspect at least 5 250 cars in Bulgaria over potential problems with the gas pedal that led to recalls of its vehicles around the world.

Velko Lazov, Managing Director of Toyota Balkans, has recently assuaged the fears of the Toyota clients in Bulgaria saying there was no immediate safety threat, and that the company management was totally aware of the potential gas pedal issues with some its models, and would take the necessary preventive measures.

Toyota has been the most popular brand on the Bulgarian market of new vehicles over the recent years.