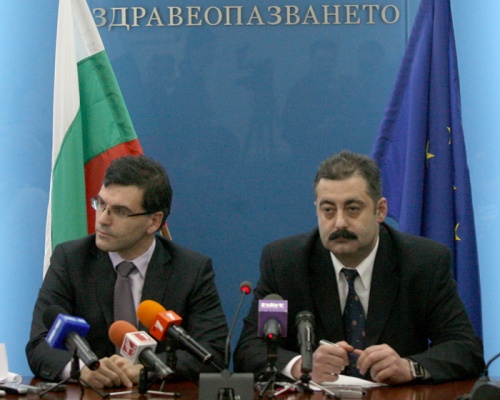 Bulgarian Finance Minister Simeon Djankov has announced that he is investigating ways to improve the finances of the country's health service.

Speaking at a press conference on Tuesday, Djankov said that the Prime Minister, Boyko Borisov, had asked him to gather ideas to "stop the leakage" in healthcare, thereby ensuring that there would be greater financial resources in the system.

Djankov had earlier met with the Health Minister, Bozhidar Nanev, and representatives of patients' organizations.

The ministers had discussed the mechanisms that needed to be established to regulate funding in the healthcare system, and to set clear criteria for their effective allocation.

"There is an investigation of auctions for medicines in the hospitals from previous years," said Bozidar Nanev, referring to remarks made earlier by the Prime Minister: that the "Impudent" would infiltrate the firms that buy and sell medicines.

Nanev clarified that DANS is in charge of this investigation. The Minister added that apart from that, the Health Ministry had alerted the Commission for Protection of Competition about cartel agreements.

The National Health Insurance Fund (NHIF) could afford a monthly budget of BGN 26 M. In January, it had already exceeded that limit by BGN 7 M, according to Albena Zlatareva, the Fund's Deputy Director. She explained that there was an urgent necessity for an emergency analysis of the Funds expenses.

"It appears that there are groups of diagnoses where there is a very strong growth in spending on medicines, especially after the entry into force of the new "positive list" in June last year," she stated.

According to Zlatareva, NHIF has sent the Commission a letter on the "positive list" of medicines, with a proposal to balance the level of reimbursement and restrict it to certain groups of drugs.

The decision would affect three groups of diseases - Parkinson's disease, osteoporosis and glaucoma.

She said that expenses for treating Parkinson's disease had jumped by 40% in the last few months of 2009. Costs related to the treatment of osteoporosis had increased 50% in a similar period.