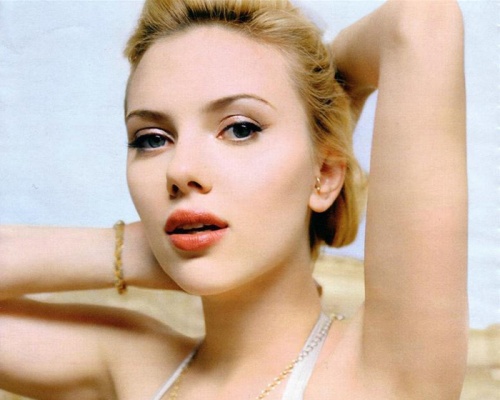 US movie actress Scarlett Johansson has revealed how she almost lost her life while on her latest film set, and was saved only by the prompt actions of her Bulgarian bodyguard.

Praising the unnamed guard, Johansson described how she was shooting a dangerous scene when she fell from the stallion she was riding, the UK Daily Star has reported.

"I was riding side saddle with this 400 pound costume on... It had been raining and we rode up this muddy embankment and suddenly the horse was being temperamental. He reared up and I felt majestic on top until his whole a** slid underneath him and he started to roll over on one side."

She said she feared the worst, until her bodyguard rushed to her rescue.

"I thought for sure this was going to crush my legs and out of nowhere my Bulgarian bodyguard flew in and stop, dropped, and he rolled, and he carried me sailing through the air! I knew he would save my life one day, and he did."

Scarlett Johansson was filming "The Other Boleyn Girl" when the incident occurred. The US actress began her career at the age of 10. She starred alongside Robert Redford in "The Horse Whisperer", and has worked with Woody Allen and Ewan McGregor. She has been nominated for three Golden Globe awards.