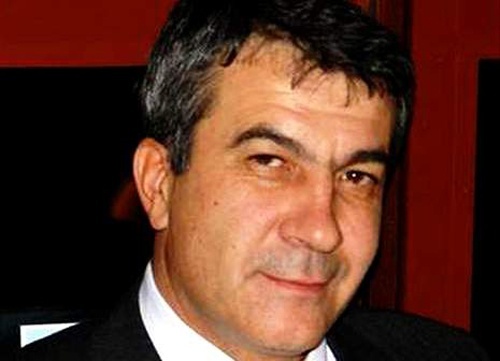 Ahmed Emin's body was found in the afternoon of 17 October 2008 in the Sofia quarter of Boyana, in the notorious estate, allegedly belonging to ethnic Turkish party leader, Ahmed Dogan. File Photo

Borisov says he is convinced the police and the Prosecutor's office at the time committed grave procedural mistakes and recklessness while probing the death which was labeled suicide.

The PM further informs he has sent the State Agency for National Security File (DANS) file to Chief Prosecutor, Boris Velchev, who is to decide how to proceed, adding he does not want to influence the authorities, but as a former police officer is utterly puzzled by the way the investigation was conducted.

On another topic Borisov said the recent high-profile special police operations are not a PR campaign, but were done to secure the citizens' safety.

In mid-April 2009, the Prosecutor's Office in Sofia officially closed the investigation into the death of DPS Chief of Staff, Ahmed Emin, concluding that he committed suicide.

Sofia Regional Prosecutor, Alexander Nalbantov, announced that the case had been closed and that there had been no evidence found of foul play regarding Emin's suicide.

After questioning 85 people and having 20 experts working to find new evidence, suicide was decided to be the official version, even though Emin was found not to be under psychological stress or drunk before he took his own life.

The Prosecutor's Office refused to make Emin's suicide note, addressed to the DPS leader, Ahmed Dogan, and Emin's family, available for public scrutiny, saying that it was up to people close to Emin to decide whether they want it or not.

Emin's body was found on the afternoon of 17 October 2008 in the Sofia quarter of Boyana, in the notorious estate, allegedly belonging to Dogan. Emin was found shot with his own gun, however, Emin's father, the mayor of Emin's native village of Kozitsa, Hassan Hayrula, and other people close to Emin who knew him well do not agree with the official suicide version.

Emin was buried 19 October in his native village of Kozitsa, in the municipality of Popovo. The entire leadership of the DSP party and all Ministers from the DSP quota in the ruling coalition arrived for the funeral. The one person missing was the party leader Ahmed Dogan.