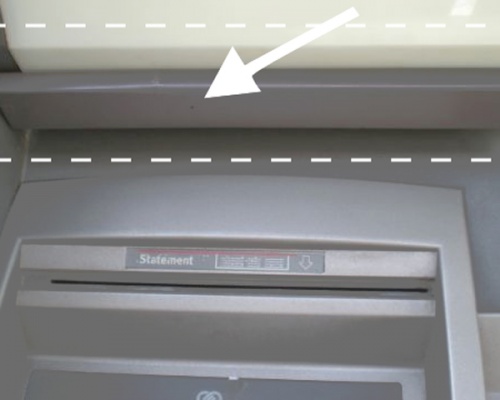 A Bulgarian credit card skimming gang has been caught red-handed near Stuttgart, in a combined operation by Bulgarian and German police forces. Photo by consumerist.com

Three Bulgarian citizens were arrested near Stuttgart, Germany, at the precise moment they were skimming credit cards, according to the Bulgarian Interior Ministry.

The arrests were made on Saturday, February 20, according to a ministry statement on Monday.

The men, who have not yet been named, were all in their early thirties. The arrest was a combined operation of Bulgaria's Unit for Combating Organized Crime (GDBOP), the German Federal Crime Office and Europol officers.

After being informed of the detention of the trio, anti-mafia officers from the capital, Sofia, and the Regional Directorate in Pleven carried out searches and seizures at the home of the organizer, 51-year-old P.Z., while the Pleven and Nikopol homes of the three arrested men were also raided.

The police seized computers and laptops, USB flash drives, devices for the manipulation of ATMs, a large number of credit cards, some of them  "white plastic" - with no information except the magnetic strip.

Counterfeit banknotes with face value of EUR 100 and EUR 200 were discovered, along with several mobile phones and SIM cards.

The organizer of the group was detained for 24 hours, as pre-trial proceedings were initiated. All the members of the group have previous criminal records.

The Chief Secretary of the Interior Ministry, Kalin Georgiev, had announced on Sunday that two international police operations were under way. He had explained that one of the operations was for trafficking of heroin, and the other was for scanning devices.

Interior Minister Tzvetan Tsvetanov also confirmed that several people were detained in a coordinated operation between the Interior Ministry and foreign services.