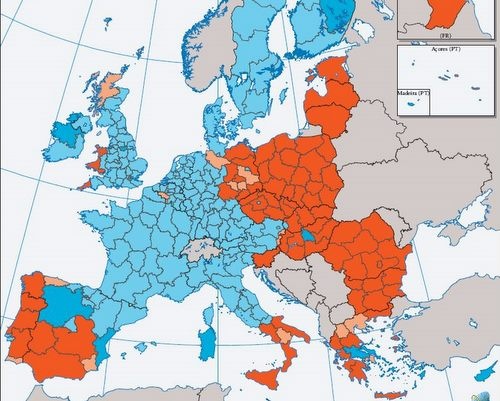 Northwestern Bulgaria is the poorest of all 271 EU statistical regions. Map by wbc-inco.net

Northwestern Bulgaria, the poorest EU region, is seven times poorer than Inner London, which is the richest, according to Eurostat data.

A Eurostat report shows that the twenty poorest EU regions are located in Bulgaria, Romania, Poland, and Hungary – former communist nations that joined the EU in 2004 and 2007.

Regions in Germany, the Netherlands, Denmark, and the UK are among the richest in the EU.

Luxembourg is the second richest EU region followed by Brussels, Hamburg, and Prague, which is the only Eastern European region among the 20 richest ones.

The EU is divided in a total of 271 regions for statistical purposes, and the Eurostat data is based on this division.