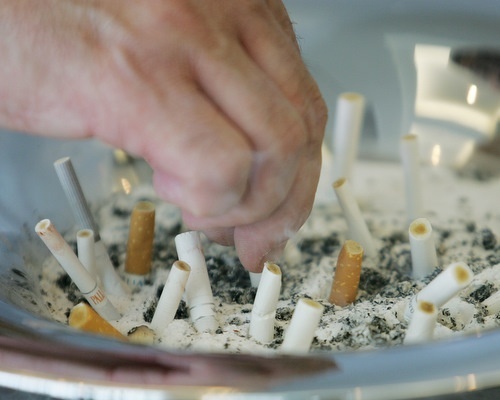 Bulgaria holds the second place in Europe by the number of smokers. File Photo

The Members of the Parliament from the ruling GERB party proposed the annulment of the full smoking ban that should become effective in Bulgaria on June 1.

The proposal states that for restaurants, clubs and coffee shops with an area less than 100 square meters, the owner can himself decide if smoking would be allowed, while for larger establishments there must be a well-isolated smoking space.

The motive behind the proposal is that the full ban would harm restaurant businesses and the tourist sector and would be frequently violated anyway.

The full ban is to remain effective for all other public spaces, the Citizens for European Development of Bulgaria (GERB) party proposes.

GERB says the transition to a full ban must be done in stages and completed in the next 5 years.

The smoking ban was decided on by the previous Parliament and is part of the Health Act amendments.