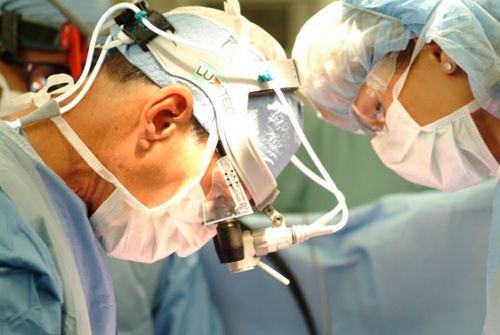 Medical errors in Bulgaria account for the deaths of 7 000 patients every year, according to data cited by a Health Ministry official. File photo

About 7 000 patients die annually as the result of medical errors committed in Bulgaria, according to World Bank data.

Mina Popova, an official at the Bulgarian Health Ministry announced the figure in a discussion on hospital care held in Parliament on Wednesday, citing a World Bank report commissioned by the Health Insurance Fund in 2008.

Another survey found that 66% of Bulgarians are afraid of the risk of medical errors during their hospital treatment.

37% of respondents said they had confidence in their dentist; 35% trusted in doctors; and 33% had faith in other categories of medical staff.

A third study, carried out in 2007, showed that about 18% of Bulgarians thought they were victims of wrong medical diagnosis, and 5% considered they had undergone the wrong surgical treatment.

A 2008 report covering EU countries indicated that 7,5% - 16,7% of hospitalization cases had led to incidents or complications, and that death was the result in one third of those cases.

One in 20 hospital patients had suffered infections associated with the medical service.

In Bulgaria, one person in four is admitted to hospital at least once a year, stated Prof Hristian Griva, Director of the National Center for Health Information, adding that there are, on average, 28 doctors for every 100 hospital beds.

In comparison, this figure is over 100 in Spain, and 80 in the Netherlands.