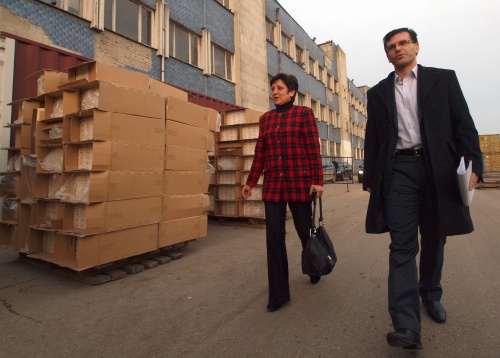 Bulgarian Customs officers detained Tuesday a container shipment with cigarettes at the Port of Varna worth BGN 1,6 M.

The Customs Agency is about to order laboratory tests in order to discover where the cigarettes were made. The importing firm is registered in Sofia, and the National Revenue Agency and the Interior Ministry are about to stage an all-out inspection of its activities.

Bulgaria’s Finance Minister Simeon Djankov, who has put an emphasis on fighting contraband in order to raise state revenue, visited the Port of Varna Tuesday in order to see the captured shipment of smuggled cigarettes and to inspect the work of the port customs.

He has thanked the customs officers for their works, and vowed to continue to crack down on contraband.

He announced that the Customs Agency had ordered eight new scanners from abroad which would arrive in two months, and would be provided to the customs along the Black Sea coast, and along Bulgaria’s border with Serbia and Greece.

“We are not going to stop our efforts until contraband disappears as a topic for Bulgaria, and until smugglers select other routes circumventing Bulgaria. With respect to the contraband of cigarettes, our aim has always been to bring it from the current 40% down to 5% of the market,” Finance Minister Djankov declared.