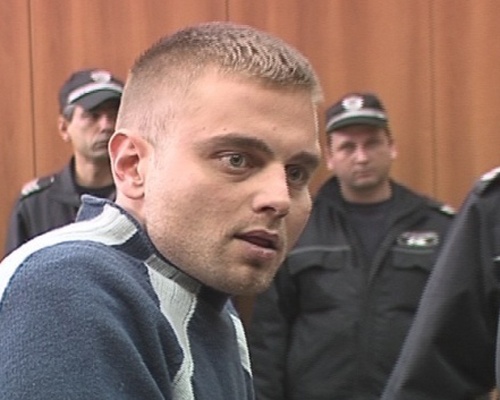 Georgi Slavov aka Zhoro the Head, alleged that he had been improperly pressurized by court officials, to provide statements against other alleged criminals in exchange for his bail. Photo by SofiaPhotoAgency

Slavov aka "ZhoroThe Head" has made this allegation in Plovdiv Regional Court during his latest bail hearing on Monday, saying that the judges had suggested this as an exchange for accepting his request for bail.

He also said that magistrates had visited him twenty days ago, and had also asked him to testify against Stefan Bonev aka Sako, who stands accused of involvement in criminal distribution of drugs, racketeering and robbery.

Georgi Slavov explained that he had refused to sign any statement, as he was concerned about the life of his child. He made these revelations moments before the court held him for the third time under permanent arrest.

The renewed detention ruling over Slavovand his bodyguard Plamen Ivanov was based on the belief that there remains a real threat they may commit new offences if released.

A charge of hooliganism has been brought against both men. Plamen Ivanov is also accused of non-compliance with statutory requirements in handling weapons, with which he had threatened the lives of several people.

The pair were indicted for their involvement in a shootout on January 10 in front of "Bedroom", a Plovdiv nightclub. Following the incident, police detained eight people and questioned 27 witnesses.

Slavov had stated at a previous hearing that the fracas was initiated by associates of Vlado Arabadzhiev, son of the famous hotelier Vetko Arabadzhiev.

"The Head" was accompanied in court by two lawyers and his bodyguard. His own mother, and the wife of Plamen Ivanov also attended the hearing.

According to attorney Stanimir Valchev, the month the two have spent in custody has fulfilled its purpose, and he recommended they should be released in order to care for their families and employees.

The latest Plovdiv Regional Court detention ruling is subject to appeal within in a three-day period.