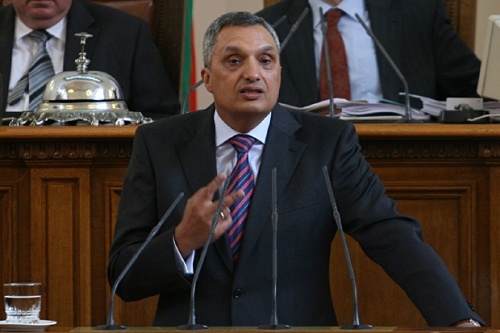 The leader of the rightist Democrats for Strong Bulgaria, Ivan Kostov, says the assimilation policy of the totalitarian regime towards the Muslim population must be sent to the Prosecutor. Photo by BGNES

The document proposes to the Members of the Parliament to state they firmly condemn the assimilation policy of the totalitarian regime towards the Muslim population, including the so-called Revival Process.

“We declare the driving away of 360 000 Bulgarian citizens from Turkish origin in 1989 a form of ethnic cleansing done by the totalitarian regime,” the declaration reads.

The committee is further asking the Bulgarian judiciary ad the Chief Prosecutor to renew the case against the perpetrators of the heinous act, stating the attempts to claim prescription put the blame on all Bulgarians.

“We owe this to the Bulgarian Turks – those who left and those who stayed,” the leader of the rightist Democrats for Strong Bulgaria, Ivan Kostov, said, adding if the Bulgarian Socialist Party's (BSP) apologies were sincere and not just pulling wool over the eyes of Europe, they must vote for it.

The ethnic Turkish Movement for Rights and Freedoms (DPS) party declared during the discussions that the Revival Process is the most serious crime of the Communist regime, but BSP pointed out work needs to be directed to most actual issues.