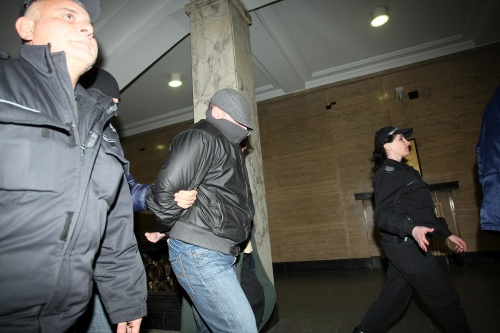 Anton Petrov aka the Hamster, seen above at "The Impudent” court hearing, was released at the end of January on BGN 20 000 bail. Photo by BGNES

Bulgaria's alleged top criminal, Anton Petrov aka The Hamster, wanted in connection with the special police operation “Octopus,” has turned himself in.

The information was released Wednesday evening by the Interior Ministry's pres center.

Petrov has been escorted by the police to the detention center at the National Investigative Services.

Petrov was arrested in December during another high-profile police operation codenamed “The Impudent” and later released on BGN 20 000 bail over lack of evidence. The magistrates listed as one of their motives the fact that, according to his tax return, The Hamster has substantial income.