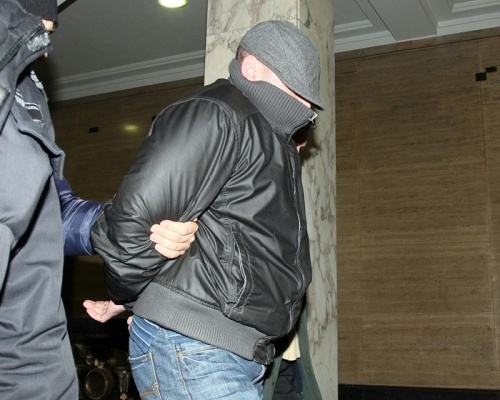 Anton Petrov aka the Hamster, seen above at an earlier court hearing, has been released on BGN 20 000 bail. Photo by BGNES

The restraint came on the request of the Committee in charge of seizing the illegally acquired assets in favor of the state or the so-called “Kushlev Committee”, named after its Head, Stoyan Kushlev.

Petrov is suspected of taking part in the notorious kidnap gang code-named “The Impudent.” If proven guilty, his properties will be seized. The Commission must, however, prove that Petrov's legal income is in discrepancy with his bank accounts and properties.

The Hamster is the only member of “The Impudent” gang, who is not behind bars. He was released on a BGN 20 000 bail, after the Court ruled that there was not enough evidence to keep him in jail.