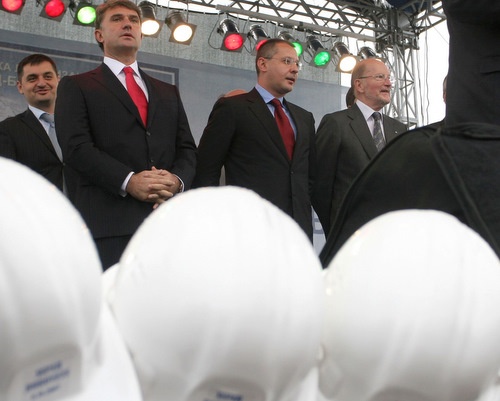 Two years and a half after Bulgaria's controversial mega-resort, dubbed Super Borovets, was given the go-ahead, representatives of the companies involved has denied Reuters agency sensational report that it has been unfrozen.

“This all is quite an exaggeration. It is absurd to say that construction works are going on at Super Borovets at the time being. The Omani side has not restarted its operations,” Kalin Peshov, representative of Glavbolgarstroy, one of the investors in the project, told local Trud daily.

In his words the global economic crisis has brought about the need for upgrading the business plan of the project.

“It however has not yet been approved by the shareholders,” Peshov added.

A day earlier Reuters agency reported that an Oman's government investment arm and a unit of Britain's Equest Investment Balkans Plc are building an EUR 800 M ski resort in Bulgaria.

The agency cited an Omani government official close to the project, who declined to be identified, according to whom the resort, which is just one hour from Sofia airport, is expected to be completed in 2012.

State General Reserve Fund (SGRF) owns 40 percent of the project and the other major investor is Equest. Equest Investment invests in property in the Balkan region.

SGRF, the Omani government investment arm run by the ministry of finance, bought a controlling stake in Equest in early 2009, Reuters agency said.

The news about the unfreezing of Super Borovets project triggered a wave of comments and suspicions, which proved to be quite right after the daily tried to verify the report.

“I am one of the staunchest supporters of the project, but for the time being there are no construction works going on. I have no idea how this large-scale project can be completed in just two years, “ the mayor of the nearby town of Samokov, Anguel Nikolov, told Trud daily.

The mega-project, dubbed Super Borovets, in the Rila mountain, was given the final go-ahead with a ground-breaking ceremony on October 8 2007, amidst controversies and opposition from environmentalists.

The enormous complex is planned to encompass the towns of Samokov and Beli Iskar and will expand one of Bulgaria's most popular skiing place Borovets resort.

As of February 2010 there are three shareholders in the project – the Dutch Borovets Invest (67%), the municipality of Samokov (25%) and Glavbolgarstroy (8%). Oman's government investment arm owns a majority stake in the Dutch company.

Tourism » Be a reporter: Write and send your article
Tags: Super Borovets
Advertisement
Advertisement
Expats.bg All Are Welcome! Join Now!
More from Tourism