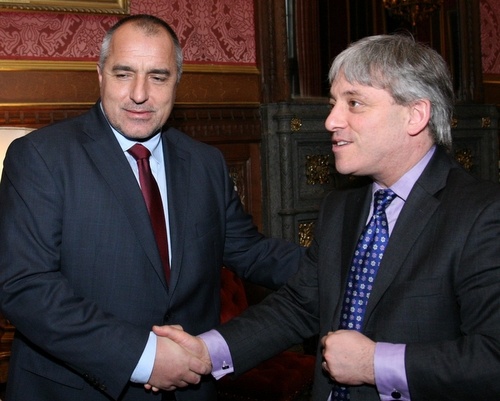 Bulgaria is going to continue to get support from the UK regardless of the outcome of the upcoming British Parliamentary Elections.

This was stated in London Monday by Bulgarian Prime Minister, Boyko Borisov, who met with representatives of the political parties in the UK, as cited by the press center of the Council of Ministers.

“We work well with both leading parties in Great Britain, and we are following our priorities together,” said Borisov who met with William Hague from the Conservative Party, the Speaker of the UK House of Commons John Bercow (also conservative), Kevin Barron (Labor Party), Chair of the All Party Group on Bulgaria, and other UK MPs.

“No matter who is in power in Bulgaria or in the UK, the cooperation and friendship between the two nations are more important than party differences,” Borisov said. He is meeting UK Prime Minister Gordon Brown later on Monday.

Earlier the same day Borisov met with representatives of a UK investment fund; Sunday evening he was welcomed to London by the Bulgarian diaspora there.