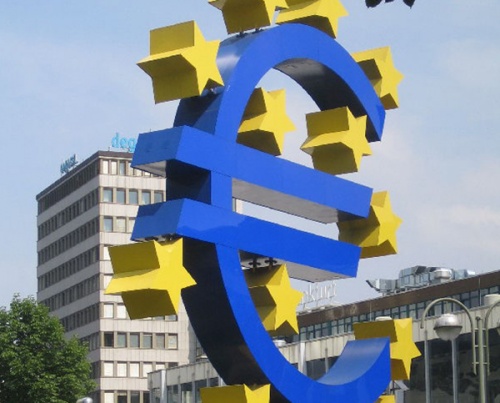 Bulgaria is failing to absorb much of the available EU funding due to inefficiency and delays, according to a parliamentary commission report for 2009. Photo by BGNES

The Chair of the Bulgarian parliamentary commission on European affairs, Svetlin Tanchev, has announced that take-up of EU funding by Bulgaria ihalfway through the period was extremely low, at 1,3% of all available money.

The European Union has allocated 15 billion euros in post-accession funds to new member Bulgaria for 2007-2013.

At a meeting of the commission held on Sunday in the Bulgarian town of Pravets, Tanchev has presented its annual report for 2009, covering 21 operational programs funded by the European Union.

According to that document, there was a significant discrepancy between the agreed EUR 1,4 B of EU funding, and the actual disbursements, which amounted to EUR 72 M.

Bulgaria is the only EU country to have had Conformity Assessments returned twice and is still without any approved Assessment of Compliance.

There was a real risk, Tanchev announced, that much of the funding provided for EU pre-accession assistance - mainly for ISPA - may not be absorbed by Bulgaria.

Cases of conflict of interests, delays in the state procedures, the slow process of payment to beneficiaries, and increased costs in the candidate projects, had caused significant problems.

90% of rejected projects were overbudgeted, while many involved suspected conflicts of interest or corruption, commission head Tanchev noted.

Bureaucratic administrative procedures and a lack of prioritization of the announcement of the grant schemes, had proved to be significant obstacles to the disbursement of funds.

The transport and environment operational programs for key infrastructure projects were at a low level of preparation, the report said, also citing irregularities in the organization of procurement procedures and excessive use of direct contracting procedure, particularly in the environmental sector.

Bulgaria risks losing EUR 200 M, or 10% of its post-accession funds for road building and river transport on the Danube, including the second Danube crossing, unless it allocates the money by the end of 2010.

Despite major delays thus far, Tanchev noted that the use of European funds by Bulgaria had improved in recent months.