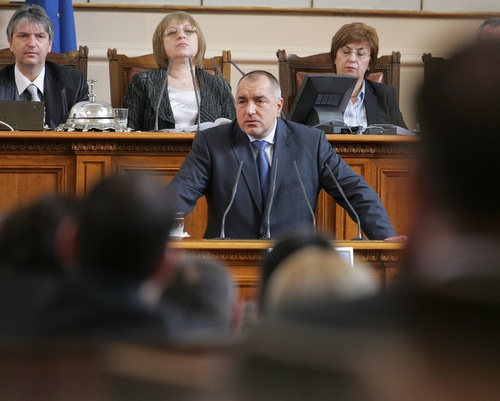 Emil Dimitrov, MP from Bulgaria’s ruling party GERB participated in the execution of a scandalous swap deal with public lands before he became a deputy.

This was confirmed Friday by Bulgaria’s PM and GERB leader, Boyko Borisov, who said that the land swap deal Dimitrov took part in is one of those included in a European Commission letter that Bulgaria got Wednesday threatening sanctions.

Borisov declared that Emil Dimitrov would not be treated any differently than the other people who committed land swap deals in spite of being a MP from the governing party.

“As the Chief Prosecutor said, those who have committed crimes are going to jail. The same for everybody,” Borisov stated.

MP Emil Dimitrov explained that he was only a shareholder in firms that were shareholders of the company that carried out the land swap deal in question which – according to former PM and Socialist leader Sergey Stanishev – is the largest forest plot swap in the European Commission letter.

He said a forest plot of 900 decares near Etropole (a town northwest of Sofia) was swapped for a forest plot of equal value near Lovech and Teteven (central north Bulgaria), and that the status of the lands had not been changed in order to allow commercial use. The GERB MP claims the Prosecutor’s Office had inspected the deal and concluded that it entailed a swap of plots of equal value.

“There are no resorts around there, and it is all forest. No one has requested permission for commercial use of the plots,” Dimitrov said.

Later on Friday, the GERB party press center said Dimitrov invited journalists to the actual forest plots in order to demonstrate that the legality of the land swap by showing that the plots are of equal value.

On Wednesday, the EC requested from Bulgaria in a letter to provide evidence that the land swap deals in which private companies have been getting public lands in exchange for other plots of much smaller value do not present state aid to those firms. Thus, if the legality of the swap deals in question is not proven, Bulgaria might face sanctions of up to BGN 1,5 B.