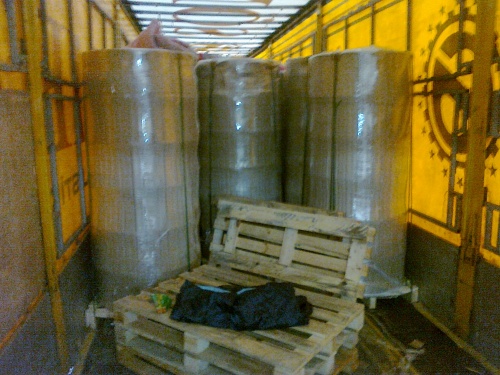 Six illegal immigrants – five Iraqis and one Turkish citizen – were found hidden in pipes during a customs check in Plovdiv Thursday.

The six men aged between 20 and 30 were hiding in a truck transporting pipes with large diameter from Turkey to Bulgaria.

The truck is with Turkish registration and driven by a Turkish driver. It had been sealed in the interior of Turkey, and was only opened during the random inspection at the Plovdiv customs. The Bulgarian authorities are investigating the case of the illegal immigrants.