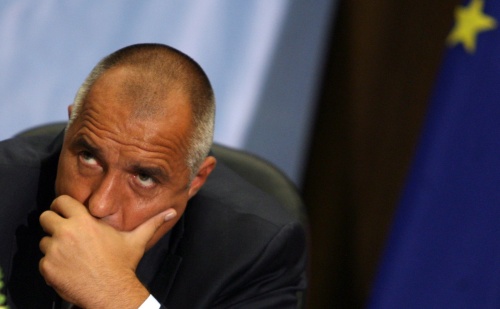 Bulgaria's Prime Minister, Boyko Borisov, is proud his advisors such as new Bulgarian EU Commissioner, Kristalina Georgieva, receive high marks in Europe and around the world. Photo by BGNES

Georgieva appeared before the EP Development Committee Wednesday for what has been reported a spectacular and very successful hearing.

“Georgieva's performance is totally in the style of my GERB party – the Citizens for European Development of Bulgaria. I am elated my advisors receive such high marks in Europe and around the world,” Borisov said.

The new hearing was imposed by the failed and withdrawn nomination of Bulgaria's former Foreign Affairs Minister, Rumiana Jeleva. Jeleva withdrew after a weak competency performance and amidst allegations of conflict of interests. After the hearing, the Socialists, the Liberals and the Greens at the EP refused to support the first Bulgarian nomination.

Georgieva, who until now was the Vice President of the World Bank, receives the same portfolio - Commissioner for International Cooperation, Humanitarian Aid and Crisis Response.