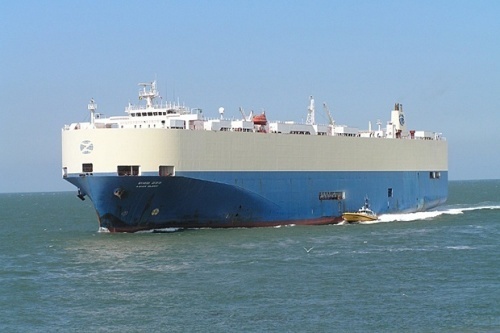 The pirates, who seized off Somalia the British-flagged ship "Asian Glory" with eight Bulgarians aboard, have reportedly demanded the record-high ransom of USD 15 M for their release.

This has been announced by the Bulgarian News Agency, which cited sources from Ukraine's foreign intelligence, who spoke on the condition of anonymity.

According to the report the hijackers said they wanted to be paid USD 3 M for the release of the sailors aboard the other ship, St. James Park, which was abducted earlier.

“The Asian Glory," which was transporting cars from Singapore to Jeddah in Saudi Arabia, was seized on January 1 about 600 miles east of the Somali coast before it could join a convoy. The ship’s payload can be up to 4,000 cars.

Another British-flagged ship with five Bulgarians onboard, the chemical tanker "St James Park," was seized at the end of December in the Gulf of Aden. "St James Park" has a crew of 26, consisting of Bulgarians, Filipinos, Georgians, Indians, Poles, Romanians, Russians, Turks and Ukrainians.

London-based Zodiac Maritime Agencies manage both ships but the company says there is no other connection between the hijackings which it described as a case of lightning striking the same place twice.

Although the location of the seized vessels is well known, they can all be seen anchored off the Somali coast, experts say it would be impossible to liberate the hostages without severe loss of life.

In the past, heavy ransoms amounting to millions have been paid for hijacked ships.