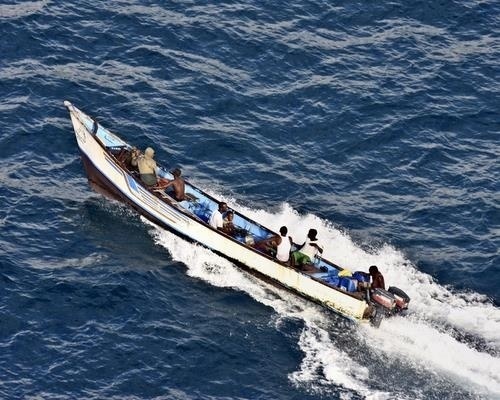 Somalia has been without a functioning central government since 1991, allowing pirates to operate in one of the world's busiest shipping lanes. Photo by BGNES

Commander John Harbour, Spokesperson for the EU NAVFOR Somalia, has told Novinite.com (Sofia News Agency) that EU's Operation Atalanta has achieved successes in curbing the activities of the Somali pirates.

Commander Harbour stated that the number of Somali pirate attacks had been rising over the last couple of years but that their success ratio had dropped. He has attributed this to the efforts of the forces of the EU, NATO and other nations that had sent naval vessels in the Gulf of Aden.

“The numbers of vessels held along the Somali coast is 9 with 229 hostages (to date February 1, 2010). The slightly larger number of vessels listed may include some smaller vessels such as fishing dhows that we have no independent confirmation about. The overall situation is that negotiations are ongoing with all vessels,“ Commander Harbour told Novinite.com.

“Because EU NAVFOR has been so successful in the Gulf of Aden, the pirates are having to move much further away from the coast operating sometimes over 1 000 miles from Somalia to catch their prey,” he declared.

Commander Harbour has confirmed the news that one of the two Bulgarian-manned ships hijacked by the pirates – Asian Glory – was taken out into the ocean by the pirates but also told Novinite.com that as of February 1, 2010, it was once again anchored in the area of Hobyo.

Media reports said the ship might have been taken to the ocean by the pirates so that they can use it as a base for their activities.

The most recent reports say that the 13 kidnapped Bulgarian sailors are in good health, and the negotiations for their release are under way.

The Spokesman of the EU NAVFOR Somalia believes the solution of the Somali pirate issue would be to stabilize Somalia on the ground.