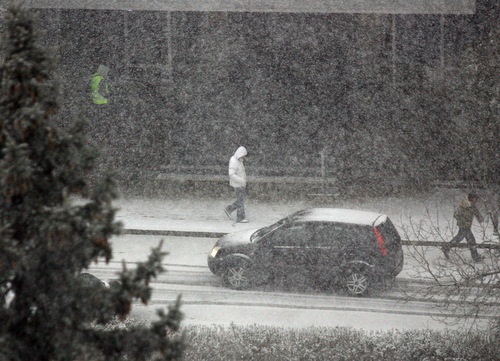 The traffic on the downtown Sofia streets and boulevards will be stopped for snow cleaning services to do their job as the Bulgarian capital saw a very heavy snowfall Monday contrary to the weather forecasts.

This has been announced by the Sofia Municipality. The municipality officials said this was necessary because the snow-cleaning could not proceed with the heavy traffic on the roads.

The Traffic Police are going to seal off the respective streets for several minutes as needed.

The Sofia Municipality also declared that the snow cleaning services were working non-stop but the snowfall was really heavy.

The snow already caused monstrous traffic jams on the major boulevards in the capital such as Tsarigradsko Shose, Bulgaria, Vasil Levski, Evlogi and Hristo Georgievi.