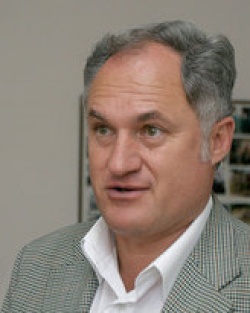 Bulgarian economist, Kolio Paramov, resigned as economic advisor to Boyko Borisov just one week after his appointment. Photo by BGNES

Kolio Paramov, who was appointed one week ago, economic advisor to Prime Minister, Boyko Borisov, had resigned from the post.

“The best move now is to resign over the difficult negative situation and the arguments about my place as an advisor for the PM,” Paramov said.

The economist pointed out the did not want to become the reason for a situation that would turn Borisov into a hostage of political games, adding he respected the PM and his commitment to bring deep changes in Bulgaria’s politics too much to become an obstacle.

“I am stepping down in order to make it easier for the Prime Minister. Apparently, in Bulgaria expert knowledge is not highly valued. There was severe opposition to my appointment from the Union of Democratic Forces and the Democrats for Strong Bulgaria (i.e. the Blue Coalition). It would be no good if they started to obstruct the work of the Prime Minister,” Paramov told the BNR.

In his words, the Blue Coalition led by Ivan Kostov and Martin Dimitrov was concerned that he could threaten the stability of the currency peg. Similar allegations were raised recently with regard to the proposed appoint as Deputy PM of INSEAD Professor Ilian Mihov, who on Friday announced that his nomination was “frozen” temporarily.

“I have been one of the court economists. All those who are against my nomination – Georgi Angelov, Georgi Proharski, Georgi Ganev, Ivo Prokopiev – they look at the high levels but they don’t pay any attention to the social base, the regular people. And the situation there is really bad. There is high unemployment, rising debt,” Paramov said.

He criticized those opposed to his appointment as obstructing free debate on economic affairs which in his words is badly needed in a time of crisis.

Paramov’s appointment has also been criticized over his history as being an agent of the former State Security of the communist regime.

Paramov, who has been a Member of the Parliament from the opposition Bulgarian Socialist Party and was exposed as an agent of the Communist State Security, was hired by Borisov on January 25th, the PM himself confirmed over the weekend.