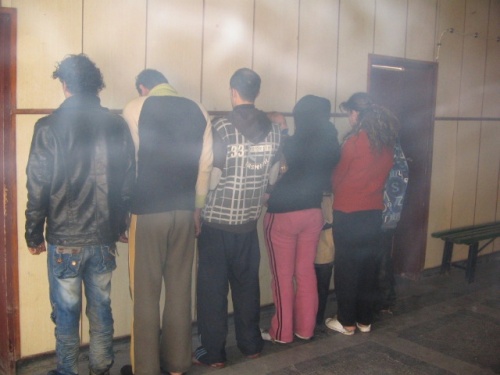 14 illegal Iraqi immigrants were caught by the Bulgarian border police near Svilengrad. Photo by BGNES

Bulgaria’s border policemen have detained 14 illegal aliens from Iraq near the southeast border town of Svilengrad.

The Iraqis were caught at around 4 am on Sunday wandering about the region of the village of Shtit, the Interior Minister press center announced

They were any identity documents, and most likely were abandoned by human traffickers are they crossed the Bulgarian border.