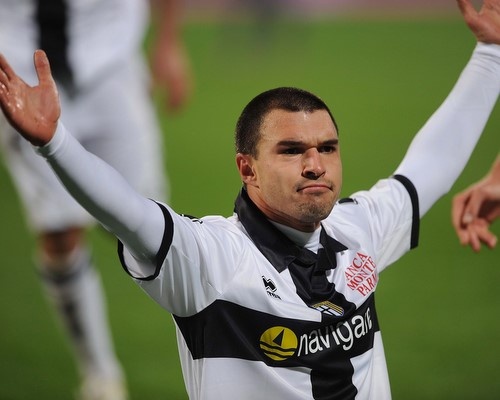 Valery Bojinov of Parma jubilates after scoring against Fiorentina during the Italian Serie A soccer match, Fiorentina vs Parma, at Artemio Franchi stadium in Florence, Italy. Photo by EPA/BGNES

Bulgarian striker Valeri Bozhinov will continue to play for Parma after Manchester City sells his rights as part of a deal involving Parma midfielder McDonald Mariga.

City are ready to bid EUR 7 M for Mariga, according to reports in Italy, and could offer Valeri Bojinov as part of the deal.

Bozhinov, 23, has scored four goals in 15 appearances since joining Parma on loan at the start of the season and he is keen to stay in Italy.