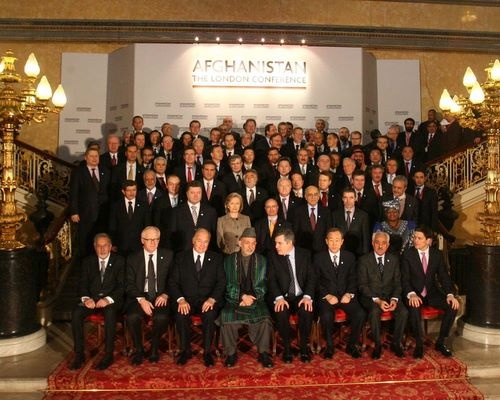 Bulgarian Foreign Minister Nikolay Mladenov was among the partcipants in the Afghanistan London Conference. Photo by EPA/BGNES

Thus, Bulgaria’s 500-strong contingent as part of ISAF is going to grow by 100 troops in 2010 as in the very beginning of the year the cabinet decided to send 30 more Bulgarian soldiers.

“Bulgaria is performing well as part of the international operation in Afghanistan. We currently have a contingent of 500 soldiers in Kabul and Kandahar, and medical units in Kabul and heart,” Mladenov said speaking for Deutche Welle.

“The international operation for stabilizing Afghanistan needs not only the increase of the US forces there by 30 000, it also necessitates the other participating countries to increase their forces according to their own capabilities. We saw, for example, that Romania doubled its contingent from 800 to 1 600 men. Germany has doubled its financial assistance,” Mladenov stated.

The new Foreign Minister made it clear that the government is not considering gradual pullout of the Bulgarian forces, and that their mandate is until the end of the ISAF mission.

He made it clear that in addition to the military efforts Bulgaria is going to participate in the training of the Afghan police.

Mladenov believes it is too early for the participation of Bulgarian firms in the recovery of Afghanistan. He said that parallels should not be drawn between the situations in Iraq and Afghanistan.

The Bulgarian Minister backs the idea presented during the recent international conference on Afghanistan in London for the organizing of an economic forum to take place in Turkey with the participation of all of Afghanistan’s neighbors in order to seek options for the economic recovery of the Central Asian nation.

“The main outcome of the conference in London is that everyone agreed that a political solution must be found on Afghanistan’s problems but that some kind of peace must be achieved first,” Mladenov said.