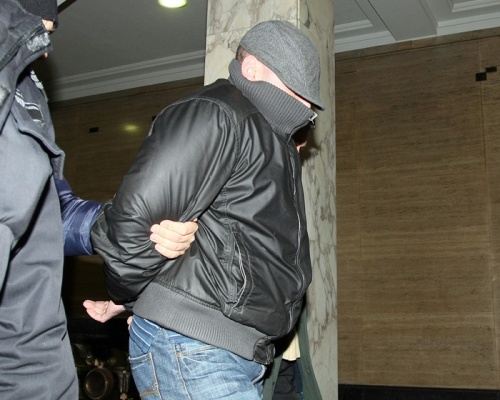 Anton Petrov aka the Hamster, seen above at an earlier court hearing, has been released on BGN 20 000 bail. Photo by BGNES

The Sofia Court of Appeal has ruled the release of Anton Petrov aka the Hamster on bail of BGN 20 000. This overturns a previous decision by Sofia City Court to keep Petrov behind bars.

Petrov is one of 25 people detained by police on December 18, 2009 as a result of a special operation code-named "The Impudent", which successfully captured the members of a group suspected of several kidnappings in the past two years.

He is the first of the alleged ringleaders to be released on bail. The appellate judges decided there was insufficient evidence against him to keep him in detention.

Since his arrest some 40 days ago, the Interior Ministry and prosecutors have failed to gather any new evidence against Petrov.

According to his lawyer, the case against him is based solely on one marked BGN 100 bill. Immediately after his arrest it was reported that this bill was part of the cash paid for the release of Rumen Guninski Jnr, who was held to ransom for 40 days in the autumn of 2009.

Anton Petrov had worked for the "Lev Ins" insurance company, and has a close relationship with former adviser to DANS, Alexey Petrov, along with other alleged political connections.

The Court's decision in this matter is final and not subject to appeal.