Bulgaria Prince Kardam Deteriorates Year and Half after Hellish Crash 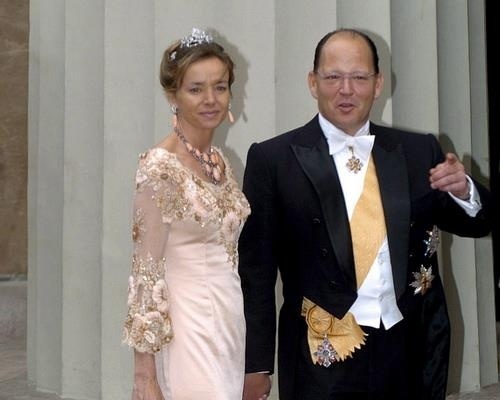 Prince Kardam (right) and his wife Miriam Ungria, file photo dated on 14 May 2004. Photo by EPA/BGNES

Prince Kardam, the eldest son of Bulgaria's former Tsar and former Prime Minister Simeon Saxe-Coburg, has rushed to a hospital after an abrupt deterioration of his health, Spanish media reported.

The Bulgarian Prince Kardam, who was seriously injured in a car crash on August 15, 2008, was admitted to the local hospital at the town of Santiago de Compostela, the district of Galicia.

The reports say that Prince Kardam would likely need a long period of time to recover from the severe injuries he suffered in the crash, but he has already uttered his first words and can eat though only very small portions.

Miriam Ungria, Prince Kardam's wife, who was also injured in last year's car accident, has recently returned to her usual daily routine after four surgeries on her right hand.