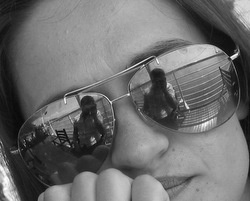 Calls for taking Turkish gunman Mehmet Ali Agca to court has been given a new boost in Bulgaria after his release from prison in a bid to dismiss any suspicion of the country's involvement in the pope assassination attempt.

The Bulgarian state should have taken this issue to court long ago, but the sad fact is that the Bulgarian authorities before the collapse of the communist regime in 1989 and after that, did not want to bother with this case.

Agca, who shot John Paul in St. Peter's Square on May 13, 1981, alleged he had been commissioned to do so by the Bulgarian secret service acting on the orders of the Soviet KGB, which feared the pontiff would encourage anti-communist revolt.

Three Turks and three Bulgarians charged with conspiring with Agca were acquitted by an Italian court for lack of evidence.

Bulgarian Sergei Antonov, who was arrested after the shooting and held for more than three years in Italy, was acquitted over lack of evidence. At the time of the arrest Antonov was 32 and worked as a former manager in the Rome office of Balkan Air.

Shattered and physically damaged, he returned to Bulgaria unable to carry on a conversation or concentrate on complex tasks, symptoms his friends say came from the use of psychotropic drugs in his interrogation. Antonov died alone and forgotten in his small flat in Bulgaria and it was only after a couple of days that his body was found.

While Bulgarian politicians were the scene-stealers at the jubilant welcoming of the medics from Tripoli in the summer of 2007, they were the visible absence at the funeral of Antonov, a man, who stood up every night at midnight to play Bulgaria's anthem. There were no wreaths sent, no condolences delivered for the man, who was tortured, his life and health shattered after an unfair trial in Rome.

May be they were feeling guilty for abandoning the man who did not betray Bulgaria even after he saw himself being turned into the most vulnerable and defenseless victim of the Cold War? May be they were feeling guilty because of the stark contrast with the Bulgarian medics, who turned into celebrities with the help of the international community and the mighty assistance of the media?

Silently, just as in his lifetime, the dead Antonov managed to dispel politicians' complacency over their overblown reputation. And left the mystery over Bulgaria's implication in the shooting unsolved.

During his visit to Bulgaria in May 2002, Pope John Paul II had said that he did not believe claims that Bulgaria was linked to a 1981 attempt to assassinate him. But how long did the world remember the words of Pope John Paul II? The alleged Bulgarian link was never conclusively put to rest and still attracts conspiracy theorists.

We can't rule out the possible resuscitation of the “Bulgarian connection” now that Agca has vowed to reveal the truth about it and the role that Soviet and Bulgarian secret services allegedly played in the plot.

We can only guess what “the truth” will be this time, as over the years Agca has come up with an amazing number of incredible and mutually contradicting versions. He must have had a lot of free time to come up with even more stories, while being behind the bars. And if he knew something about the real masterminds of assassination attempt, he would have been a dead man long ago.

The series of rambling letters from prison, through which Agca has fed suggestions he is mentally disturbed, just reveal him as a sly liar, playing the fool, a dangerous megalomaniac. Agca has received more than 50 offers from foreign publishers and movie-makers, eager to buy his story and has every chance to turn to a media star. The Bulgarian connection, the Vatican or Mossad, the notorious Israeli intelligence - these all are possible topics in his new version of “the truth”. What he will choose will depend on the demand of the publishers and his own interests.

For me there is only one truth – the miserable lies of one Turkish terrorist and murderer dealt a heavy blow to innocent Bulgarians, to their families, to the whole Bulgarian state.

Acga himself is the real clue. He'd better stay in prison.