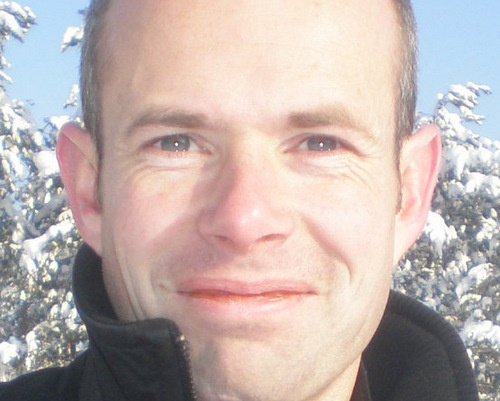 Interview with Dirk van Harten, the only Dutch journalist working and living in Bulgaria. Since October 2008, he is a correspondent in Bulgaria for Dutch national newspaper Trouw and press agency ANP. His articles further appear in magazines and on websites. He focuses mainly on political and social issues. Before moving to Bulgaria he worked as a reporter and editor for several newspapers and magazines in the Netherlands. In 2007 he published a book on the functioning of the Dutch civil service. He studied history and journalism at the universities of Amsterdam and Rotterdam.

When and why did you come to Bulgaria? What were your first impressions?

I moved here in the summer of 2008. Bulgaria and the Balkans are the most interesting corner of Europe. It’s the last ‘wild frontier’, still not fully tamed by the European Union. Many changes will be happening here in the next few years and in many ways it’s a journalist’s playground. I really can’t remember what my first impressions were. I’ve been traveling to Bulgaria on a regular basis since 2002 or something, so it wasn’t completely unfamiliar to me. But what I still sometimes forget is that everything here takes time, whether it’s going for lunch or arranging an interview.

Has Bulgaria's image in the Netherlands changed after the new government came into office?

I really couldn’t tell, since I haven’t been to the Netherlands for almost a year. However, in the Dutch media the shift of government was generally seen as a positive change. But I doubt whether this has upgraded the image of Bulgaria for the general public.

Do you have the feeling that Bulgaria has somehow changed with the toppling of the Socialist-led government?

No. Many Bulgarians are just as sceptic about the Borisov administration as they were about the Stanishev government. The trust in politicians and state institutions is still low. Many Bulgarians still want to leave the country and many are still struggling to get by. So I can’t say I feel a ‘wind of change’ blowing through the country. But then again, it might just be too early to tell.

Which are the most frequent topics that you select to cover from Bulgaria and are of interest to your audience?

Last year of course it was mainly about politics. I also write about social problems or developments and quite a lot about the media and the lack of an independent and critical press in this country. But I do ‘happy’ stories as well, about nature – and not only the destruction of it – or the Bulgarian film industry for instance. Working freelance gives me pretty much the chance to do what ever I want.

How was the latest scandal surrounding Bulgaria's EC nominee Rumiana Jeleva covered in the Netherlands?

Like in the rest of the Western world: it was covered very well. But more or less in a balanced way. Most media not only paid attention to Mrs. Jeleva’s poor performance and the fact she refused to answer questions from parliament and to clarify her business interests, but also to the political games surrounding it; to the power play between the different parliamentarian factions. Of course it didn’t do the image of Bulgaria much good. Sending this woman to Brussels – about whom nobody in this country understood how she’d even become a foreign minister – was a huge mistake. And quite an unnecessary one, judging from the speed with which Mr. Borisov managed to produce a new and far more capable candidate.

Has it already become obvious that GERB, the general elections winner, has been loaded down with too much expectations?

I think it’s to early to tell. Expectations certainly were high, although I think mainly outside Bulgaria. Here people were far more sceptic. Bulgarians are very disillusioned in politics. GERB won, but only because people wanted BSP out, not because they believed the political program of GERB – if there was any at all. And since the summer we’ve seen a lot of personnel changes in the state institutions. But from where I’m standing it’s difficult to say whether it’s cleaning up the mess Stanishev and his people left behind, or just political cleansing. The same goes for the fight against corruption and organized crime. Is something really happening or is it window dressing for the European Union and the United States? You can make a lot of noise saying you’ve arrested some of the biggest criminals of the country but now of course you need to try them. That’s where the real test is. And then there are a numerous issues the government hasn’t even begun to address, like reforming the social, educational and health care systems. Not to mention making the state administration transparent, strengthening civil society and turning Bulgaria into a genuine democracy. So if you ask me, it’s only just beginning.

Has Bulgaria become an example of the European Union’s failure to initiate reforms in countries, which have joined not fully prepared for membership?

No I don’t think so. Everybody in Europe knew that Bulgaria – just like Romania – wasn’t ready to join in 2007. So now we have to deal with the consequences. But let’s not forget that countries like Spain, Greece or Portugal were hardly ready either when they joined more than 20 years ago. And I guess in some respects they still aren’t ready. Bulgaria has come from very far since 1989 and still has a very long way to go, but changes have happened here and will continue to do so. Maybe not as fast as we all hope, but still. We should stop whining and just accept the fact that Bulgaria now is part of the European Union and will remain so. If only because nobody knows how a country can leave the EU again!

Bulgarians are practically unanimous that their politicians and institutions are rife with corruption. How do the Dutch fare on this account?

We prefer not to speak of ‘corruption’ but of ‘collusion’, a situation in which decision takers and policy maker are in close contact with people with business and financial interests. It’s not that much different from what you see here in restaurants or night clubs, where the chief of police, the judge, the mayor and the crime boss are having a good time together. Except that we do it behind closed doors. It works better that way.

Which is your favourite colloquial term, which uses the word Dutch?

I guess that would be ‘Dutch courage’, the courage you get from drinking. It’s not really courage but it helps you accomplish amazing things. And stupid things, of course.

How can one win or lose a Dutchman in Bulgaria?

Making idle promises usually works pretty well to lose us. And the other way around: deliver on what you agree to. It truly works wonders.

How does the difference in the culture and the mentality affect the way Dutch companies do business in Bulgaria? What do Dutchmen look for in their Bulgarian business partners?

You should ask a businessman that. I really wouldn’t know.

Does Bulgaria have untapped potential? In what way?

Bulgarians can be incredibly flexible and creative. They should do more with that than just use it as a tool for everyday survival.