Teaching English to the Bulgarian Army 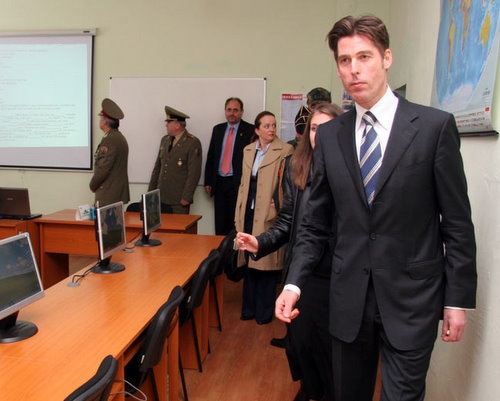 In February 2009, a English language teaching lab was opened in Bulgaria’s Haskovo where military officers from the land forces of the Bulgarian Army could study.

The language center was equipped with a funding of EUR 24 000 provided by the Dutch Ministry of Defense, and is named after Dutch World War II hero George Maduro.

The Haskovo language training center was opened by the then Dutch Ambassador to Bulgaria Willem van Ee and the head of the Bulgarian land forces, Gen. Stefan Vasilev.

It is the sixth English language center for the training of the Bulgarian armed forces sponsored by the Dutch government, and the first one for the land forces.

In his speech at the opening, the then Dutch Ambassador Van Ee pointed out that the opening of the center in Haskovo was a proof of the friendship between the two countries. He said that in a war there was no time to seek the services of the a translator.