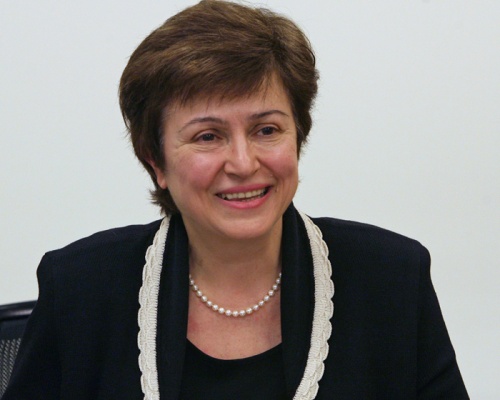 After the meeting Barroso has said he approved the candidature of Kristalina Georgieva, and that she would be offered the portfolio of Commissioner for International Cooperation, Humanitarian Aid, and Crisis Prevention – which was originally proposed by the EC President for Bulgaria’s first EC-Designate Rumiana Jeleva.

“Mrs. Georgieva has solid international experience and knowledge with which she is going to contribute significantly in her capacity as a EU Commissioner,” Barroso concluded after his first meeting with the new Bulgarian candidate.

According to the EC press service, Barroso sees Georgieva as having the necessary professional qualities and being a convinced supported of the European idea.

Rumiana Jeleva resigned as both Bulgarian Commissioner-Designate and Foreign Minister after her troubled hearing at the EP Development Committee on January 12, 2010, which raised concerns about her competence and about her being involved in conflict of interests in the past.

Georgieva has been put forth by PM Boyko Borisov as a very strong candidate. Her EP hearing will be help February 3, 2010. Because of the change of the Bulgarian designate, the EP vote of the new EC will be delayed by some 2 weeks, and will take place February 9.