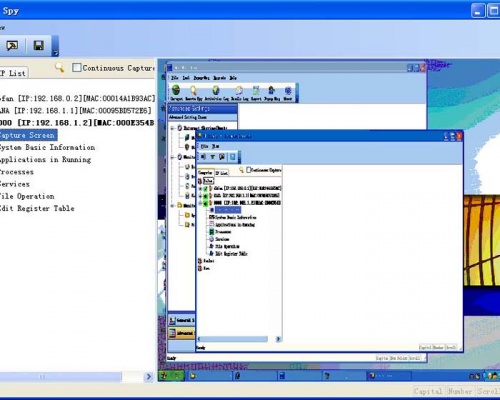 A Bulgarian pedophile ring broken up by police recruited their victims on computer dating sites. Photo by softbar.com

A pedophile network operating in the Bulgarian capital Sofia, has been broken up by the police, according to Tsvetan Tsvetanov, Minister of Interior.

The pedophiles had recruited boys between 11 and 15 years of age by using Bulgarian dating websites.

Following chats in the network, and in some case after a face-to-face meeting, they had convinced the youngsters to attend parties in luxurious houses which they had rented.

There they would supply the minors with alcohol and other drugs before assaulting them, recording their actions on camera. They would then blackmail the children, to force them to bring their friends to new parties.

Some of the older boys who had been victims of the criminals were given money to recruit other children to the parties.

Tsvetanov announced on Wednesday that the Ministry had been working on identifying and tracking down the group since September 2009, after being alerted to their activities by a Bulgarian Member of Parliament.

During the police operation five addresses - one in the town of Sliven, and the others in Sofia - were raided. Video cameras, disks and computers were seized, and six people were arrested.

The group ringleader - 32-year-old George L. - who used the internet nickname Gergana, and is the owner of a company producing software, had been arrested previously, but a lack of evidence had prevented his conviction.

Another of the detainees - A. Philip - who had performed using the name Christina, had been arrested and sentenced in 2006 for pimping.

"He should have received a criminal conviction of 10 to 20 years, but he benefited from the so-called "Vanko-1" Amendment, and after having pleaded guilty, received a sentence of a year and a half," said Interior Minister Tsvetanov.

12 affected children are testifying at the moment. Two boys who are 12 years old, and 10 boys aged between 14 and 16 years, are currently being questioned by a judge.

Yavor Kolev, head of the Computer Crime Sector at the Main Directorate for Fighting Organized Crime (GDBOP), said that there were probably many more such victims.

All the affected children came from good families. According to Kolev, their parents are responsible people, shocked by what had been happening to their children. The boys had a curfew, which they had been respecting.

"These pedophiles have gone along with this - [they were] very covert, very scheming and with a constant desire for new flesh," said Kolev.

The recordings with the perversions had not been distributed, but were used to satisfy the personal urges of the pedophiles.

He would not disclose whether there were influential people among the pedophiles, but he revealed that the visitors at the parties were "Bulgarian citizens with educational qualifications" and obviously people of means.