Who Is Who: Bulgaria New Defense Minister Gen. Anyu Angelov 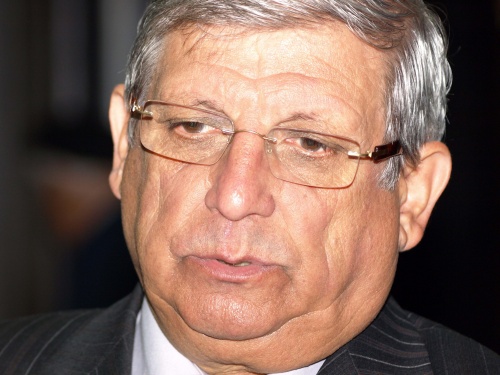 Reserve Lieutenant General, Anyu Angelov, was born on 22 December 1942 in the southern Bulgarian city of Haskovo.

He has a Bachelor’s Degree in Radio Electronic Engineering and a Master’s Degree in Operational and Strategic Leadership of Defense and Armed Forces.

Angelov is a graduate of the National Military Artillery College and the “G. S. Rakovski” National Defense Academy. Angelov has completed a postgraduate specialization course at the General Staff Academy of the Armed Forces of the Russian Federation in Moscow and has taken a special course for officers at the NATO Defense College in Rome, Italy.

From November 1997 to August 2000, Angelov was Defense Attaché of the Republic of Bulgaria to the United Kingdom of Great Britain and Northern Ireland. Later on, until February 2002, he was Commandant of the “G. S. Rakovski” National Defense Academy. For a short period of time in 2002, he was also Director for Defense Planning at the Ministry of Defence.

Before assuming office as Deputy Defense Minister Minister in the summer of 2009, Anyu Angelov was President of the Center for National Security Research Foundation.

The General has been awarded an order of merit, medals, a Commendation Medal “For Meritorious Service under the National Colors” – First Degree. He also had received twice a personal weapon – handgun and binoculars, as well as other non-monetary awards.

Angelov is married, with two sons.