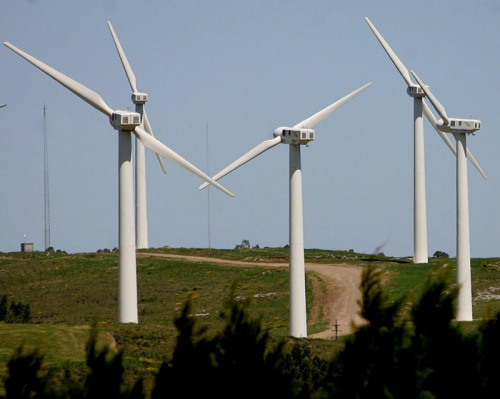 The EBRD has announced a EUR 60 B loan to support development of Bulgaria's strategic renewable energy program. Photo by BGNES

The European Bank for Reconstruction and Development (EBRD) has announced a loan of EUR 60 M to support the development of renewable energy in Bulgaria.

The syndicated loan has been made to Eolica Bulgaria to finance the construction of a wind farm at the eastern Bulgarian town of Suvorovo, some 25 kms inland from the Black Sea coast.

The wind farm will consist of 30 wind turbines, with an estimated capacity of 60 MW. The project is expected to go into operation at the end of 2010.

"Similar to many countries in the region, Bulgaria relies significantly on thermal and nuclear sources to satisfy its power needs, with less than 10 per cent of its electricity generated from renewable sources, of which just one per cent from wind power. The project will help Bulgaria meet its EU set target to increase its renewable energy production to 16 per cent by 2020," an EBRD spokesperson has announced.

Eolica Bulgaria is majority-owned by the Spanish Enhol Group, and focuses on development of renewable energy in Spain, central and eastern Europe. The company will develop and operate the wind farm, build a new substation at the project site and a line to connect the wind farm to the national power network.

At a total cost of EUR 108 M, the project is co-financed by a EUR 11 M loan from the Black Sea Trade and Development Bank and by Enhol Group’s equity investment.

This is the EBRD’s second wind farm project in Bulgaria. In 2008 the Bank and the International Financial Corporation provided a EUR 198 M investment for the construction of the St Nikola wind farm.

Since the beginning of EBRD operations in Bulgaria, the Bank has committed EUR 2 B in more than 120 projects in key sectors of country’s economy, and has stimulated additional investment of more than EUR 6.7 B.