Bulgaria Court Will Rule on 'Crocodiles' Case within One Month 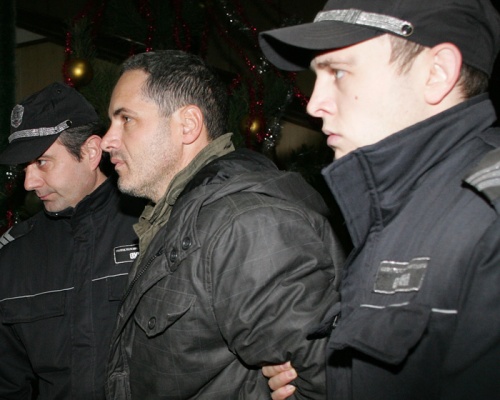 Bulgaria's Supreme Court will rule within one month on the case against the "Crocodiles", brothers Emil and Evgeny Milev (shown above), alleged members of a highway robbery gang. Photo by BGNES

The Bulgarian Supreme Court has announced on Friday that it will rule within a month on the case against brothers Emil and Evgeni Milev - the "Crocodiles", on trial for highway robbery.

In December 2008, the District Court had found Emil Milev - Croci, Evgeni Milev - Geyzo and Kaloyan Batsov guilty. The court sentenced the men to 12 years in prison on charges that, on June 11, 2004, near the village of Gorno Kamartsi, the three men had stolen goods worth EUR 1 500.

Moreover, at the same time and place, they had deliberately attempted to kill police officer George Ragyov Mol.

However, in October 2009, Sofia Court of Appeal had acquitted the defendants. The prosecution has protested the decision, seeking an annulment of acquittal or a submission of the case for retrial.

Emil Milev, who has not yet been found by the police, did not therefore appear for the case at the Supreme Court of Cassation against him and his brother.

The brothers' legal defense attorney, Stoiko Barborski, told journalists that he did not know where Emil was. He added that he continues to request the Interior Ministry to issue him with a document that certifies that the brothers have been declared for tracking down.

Evgeni Milev had asked the court to acquit him, as he alleged not a single piece of evidence had been collected in the appropriate manner. He pointed out that, in the court in Elin Pelin, witnesses were questioned under pressure, and he was not given the opportunity to defend himself against their testimony.

The names of the two brothers Milevi came to the fore again in December 2009, when police thwarted the robbery of a Turkish national on the Trakia highway near Vakarel. In the subsequent shootout, one man that the police claimed to be an accomplice of the Crocodiles was killed.

The prosecution and Ministry of Interior officials claim that Geyzo had passed through the Bulgarian border fictitiously in order to construct an alibi for the robbery, and that there was a fake stamp in his passport.