Bulgaria Police with New Operation to Crack down on Drug Dealers 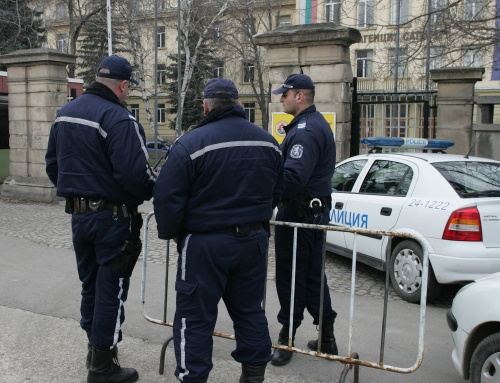 The Bulgarian police are holding a new special operation to crack down on drug dealers. Photo by BGNES

Officers of the Sofia Police Directorate and the Unit for Combating Organized Crime (GDBOP) are carrying out Friday a special operation.

The new special operation is a follow-up of the one which took place a few days ago in order to crack down on drug dealing in Sofia.

Four men with criminal records aged between 29 and 35 have been arrested already. Bulgaria's Interior Minister Tsvetan Tsvetanov has said that they were working for alleged mafia bosses Krasimir Marinov, aka The Big Marguin, and Stefan Bonev, aka Sako.

Marinov and Sako have recently been charged with organized crime and drug dealing.