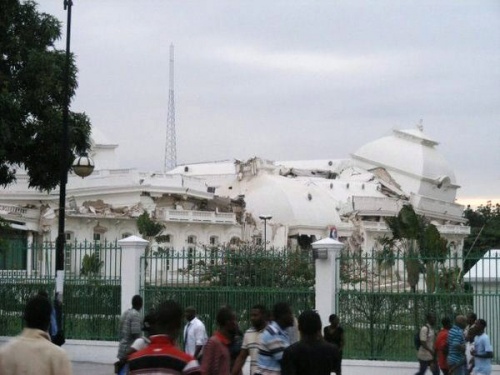 The presidential palace in Port-au-Prince, Haiti, sustained severe damage from the earthquake. Photo by BGNES

The extent of the devastation from a huge quake in Haiti is slowly emerging, with a number of UN peacekeepers among thousands of people feared dead.

Jordan, Brazil and China have all reported deaths. UN chief Ban Ki-moon said the head of the UN mission in Haiti and many others were missing.

The 7,0-magnitude quake, Haiti's worst in two centuries, struck south of the capital, Port-au-Prince, on Tuesday.

The Red Cross says up to three million people have been affected.

Describing the earthquake as a "catastrophe", Haiti's envoy to the US said the cost of the damage could run into billions of dollars.

A number of nations, including the US, UK and Venezuela, are gearing up to send aid.