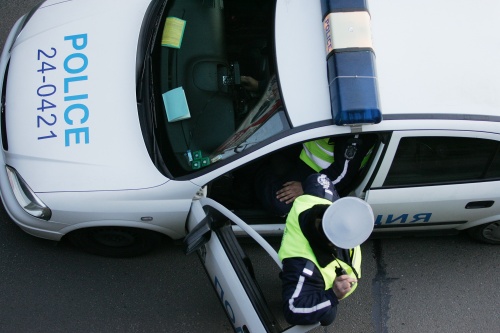 A large-scale melee in a disco between the entourages of two notorious businessmen in the southern Bulgarian city of Plovdiv occurred on Sunday leading to a shootout, and followed by arrests.

The incident happened between the men of Georgi Slavov, aka. Zhoro Glavata (i.e. “The Head”), and Vlado Arabadzhiev, Plovdiv24 reported citing the head of the Plovdiv Police Todor Chonov.

26-year-old Georgi Slavov is the son of Stoil Slavov – one of the leaders of the SIC group, which together with VIS was one of the two powerful alleged mafia structures in Bulgaria in the 1990s. Stoil Slavov, who was an associate of the Marguin Brothers currently charged with the murder of scandalous journalist Bobi Tsankov, was blown up in an elevator in January 2004 together with three of his guards.

Vlado Arabadzhiev is the son of Vetko Arabadzhiev, a large-scale businessman owning a hotel chain and factories in Bulgaria.

The incident between the two men, each of whom had about ten bodyguards, appeared as Arabadzhiev had reserved a table in the night club in question but Georgi Slavov appeared and took it.

A fight broke out between the guards of the two man when the son of the hotel owner arrived and found out that his table had been taken. The guards of the night club took the warring men outside where the melee turned into a shootout. There are no reports of wounded people as a result.

The police have arrested Georgi Slavov and seven of his bodyguards. Slavov disappeared from the scene of the shootout with a luxury Mercedes which had been stolen earlier. The police are still looking for one of the guards who fired shots in front of the disco.

“This incident in Plovdiv creates a feeling among the citizens that the state is blocked and it’s like it does not exist. We have stated numerous times that we are not going to tolerate such behavior by such groups of people in public places which threaten the lives and security of the others. We are not going to tolerate violations of the public orders,” said Bulgaria’s Interior Minister Tsvetan Tsvetanov with respect to the incident in Plovdiv as quoted by dir.bg.