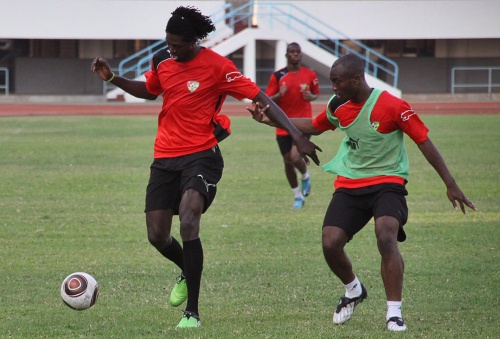 The Togo national football team decided to pull out of the Africa Cup of Nations following the attack on their bus in Angola, BBC reports.

The attack happened Friday in Cabinda when machine gun fire struck the bus, which was taking the players to their game with Ghana, scheduled for Monday.

The death toll, reportedly rose to 3 Saturday. The driver and two non-playing staff have died. Two players were shot and injured in Friday's attack in Cabinda.

The captain of the Togo team and one of the top players in the world, Manchester City striker, Emmanuel Adebayor, was also on the bus, but has not suffered injuries. His club has told him that he can take as much time as needed to recover from the attack.

Defender Serge Akakpo, who plays for Romanian club Vaslui, was hit by two bullets and lost a lot of blood, according to the BBC report. There were fears for his life, but after undergoing surgery, Akakpo is said to be in stable condition.

The players and the coach insist Angolan authorities must cancel the tournament and inform they are trying to convince the rest of the teams to pull out. Ivory Coast and Burkina Faso are the other teams in Group B.

Souleymane Habuba, spokesman for the organizers the Confederation of African Football (CAF), said the tournament would proceed despite the attack and authorities vow to step up security.

FIFA and its president, Sepp Blatter, issued a statement expressing deepest sympathy to the Togo team and great concern about the attack.