German Lidl Said to Eye Plus Business in Bulgaria, Romania 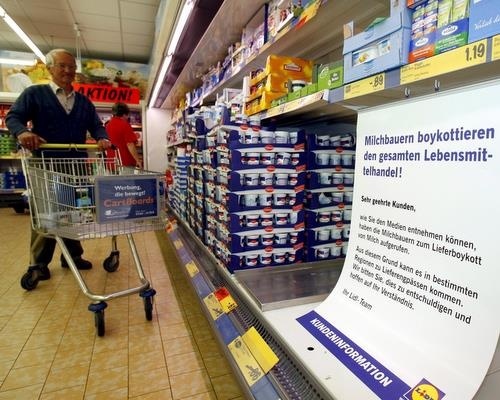 Lidl plans to launch its business in the country in spring 2010. Photo by EPA/BGNES

Tengelmann, the parent company of Plus, has confirmed that they in negotiations to sell its operations in both countries, according to the specialized edition FoodBizDaily.

No final decision has been taken yet.

Currently Plus operates 16 stores in Bulgaria. Lidl plans to launch its business in the country in spring 2010.

Apart from Bulgaria, Lidl is also planning to acquire Plus retail network in Romania, (which currently consists of nearly 80 sites) with further launch of another 20 outlets.

Last year Lidl announced its intention to open 50 nearly new stores in Romania, in early in 2010. This will allow the company to become a leader in the Romanian discount market within a few months, with a total number of stores more than 150.

In 2007 and 2008 Plus sold its business in most European countries. For the last several years the chain has been active in Austria, Romania and Bulgaria, with divisions in those countries in May 2008 united under the name of Plus Eastern Europe.

According to realtors the economic crisis in the past year has proved fertile for the discount retailers stepping on Bulgarian soil in recent months and the country will see their boom in 2010.

Kaufland is a part of the Swartz Group which also owns Lidl. It is a soft discounter that entered the Bulgarian market in 2006 in Plovdiv. Now it is strongly positioned on the market with more than 26 hypermarkets.

Plus (part of Tengelman) and Penny Market (Rewe Group) are two other German soft discounters with an aggressive growth strategy for Bulgaria.