Cop: Killed Bulgarian Journalist Did Not Know Most Mafia Bosses 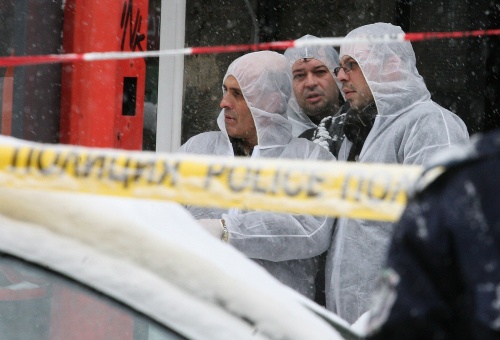 Bobi Tsankov was murdered in Sofia on January 5, 2010. Photo by BGNES

Bobi Tsankov, controversial Bulgarian radio and TV host who was murdered in Sofia January 5, did not know most of the mafia bosses despite his claims to the contrary.

This has been stated by Valeri Yordanov, Director of the Sofia Directorate of the Interior Ministry, as quoted by bTV.

In his paper articles and book Tsankov claimed he knew key Bulgarian gangsters such as Konstantin Dimitrov, aka Kosyo Samokovetsa, and Metodi Metodiev, aka Meto Ilienski.

Yet, there is information that he was close with Anton Miltenov (aka The Beak), a lower profile drug dealing boss in Sofia who supplied Tsankov with money for radio and TV games.

Yordanov has described the murdered journalist and writer as a smart and inventive man whose skills unfortunately were used for fraud schemes.

The policeman said Tsankov had regular daily routes in Sofia and often visited the law firm he was going to when he got shot.

Yordanov has disproved the claims that the two men with Bobi Tsankov at the time of his assassination were his bodyguards. Instead, they are other clients of the same law firm, and none of them used to be a driver for criminal boss Zlatomir Ivanov, aka Zlatko Baretata.

In his writings, Tsankov has mixed real with imagined facts, the head of the Sofia police stated. He confirmed the police had CCTV footage and witnesses of the murder but declined to comment more specifically on them.