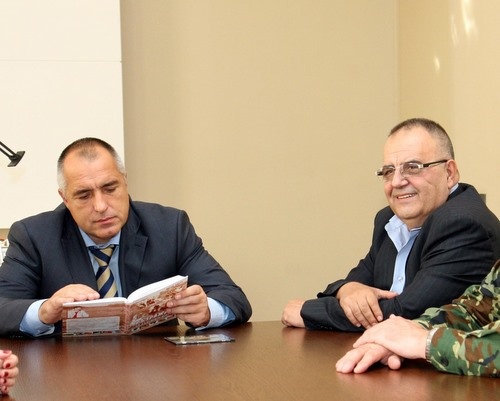 Bulgaria’s Prime Minister Boyko Borisov has given Minister for Bulgarians Abroad Bozhidar Dimitrov a final warning over a recent comment that Bulgaria might place conditions on Turkey’s bid to join the EU.

Borisov has scolded Dimitrov for his recent comments that Bulgaria might bind Turkey’s application for EU membership to a demand for the payment of some USD 20 B of compensations for the property of Bulgarian refugees who fled Eastern Thrace (i.e. today’s European Turkey) in the period around and after the wars of 1912-1918.

“And I have warned Bozhidar Dimitrov that the next time something like this happens, we will have to let him go. You don’t come out and make such declarations without them having been discussed by the Prime Minister, the Cabinet, or the Parliament – because you are not doing this in your capacity of a historian, or a museum director; that way you are committing the Prime Minister to certain things and creating problems,” Borisov stated, as quoted by bTV.

Bozhidar Dimitrov is the Minister without Portfolio in charge of Bulgarians abroad. He is known as a nationalist historian and a former head of the Bulgarian National History Museum.

His appointment to the government in July 2009 caused an uproar because he is known to have been a collaborator to the so called State Security (DS) of the former communist regime, spying on the Vatican. In July 2009, PM Borisov said he appointed him in the cabinet because Dimitrov was "a very good friend" of his.

The issue about the unsettled compensations for Bulgarian refugees who fled repressions in Turkey in the 1910s-1920s has been raised on and off in Bulgarian politics over the recent years, mostly by nationalist-minded leaders.